CREDIT BANK OF MOSCOW announces changes in its Supervisory Board 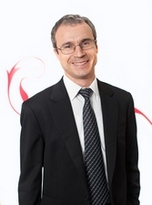 Vadim Sorokin worked as CFO & VP in Aljba Alliance bank from 1995 to 1997. Since 1997 he had been a partner and the Head of Financial Services Practice for the CIS in Deloitte. In 2008 he joined MDM Bank as a Deputy Chairman of the Management Board and supervised the finance function of the bank and investor relations, led the bank’s strategy development and interacted with the Board of Directors. Since 2010 he has been the CFO and a member of the Management Board and Board of Directors of Technosila.

Vadim Sorokin was delegated to the Bank’s Supervisory Board by the European Bank for Reconstruction and Development (EBRD). 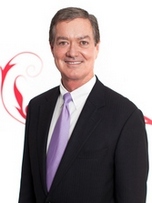 William Owens was born on October 22, 1950 in Ft. Worth, Texas (USA). He earned a master’s degree in public affairs from LBJ School at the University of Texas, and a Bachelor of Science from Stephen F. Austin State University (USA).

Mr Owens’ professional career began on the consulting staff of Big Eight firm of Touche Ross & Co. (now Deloitte) and later he was also in the petroleum business. From 1995 to 1999 he held the office of Colorado State Treasurer, and then served two terms as Governor of Colorado in 1999-2007.