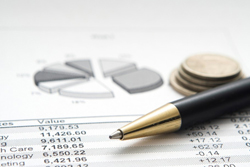 The award is the second in recent weeks for the innovative transaction, which in February was also awarded highly commended CEE deal of the year 2013 by Euromoney magazine.

The Eurobond was the first of its kind under new Central Bank of Russia (CBR) Basel III regulatory requirements. Investors were impressed that the deal was brought to market by a private-sector bank, and rewarded CREDIT BANK OF MOSCOW’s innovative structure with healthy oversubscription and tight pricing, with an 8.7% final yield.

HSBC, Raiffeisen Bank International and The Royal Bank of Scotland acted as joint lead managers and bookrunners. HSBC was also sole structuring adviser for the Rule 144a and Regulation S offering.

The instrument was CREDIT BANK OF MOSCOW’s fourth Eurobond issue and first subordinated Eurobond, and was included in the Bank’s Tier II capital under CBR regulation 395-P.