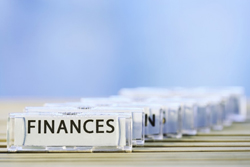 The Bank's capitalisation was strengthened significantly by retained earnings and an additional share issue, as well as a domestic subordinated bond issue and a subordinated Eurobond issue. Regardless of the Bank's focus on the capital structure strengthening in the reporting period, the Bank kept its return on equity (ROAE) at a sound 17.3%, and its return on assets (ROAA) at the level of 2.1%.

Net interest income showed a healthy growth of 33.6% in the reporting period compared to the same period of 2012 and amounted RUB 11.8 bln. An increase of lending business volume is a fundamental reason for this growth. Net interest margin remains at a comparatively high level for the industry thanks to the consistent high efficiency of business totalling 5.0%.

In terms of cash handling, CREDIT BANK OF MOSCOW services not only its own network and its corporate customers, but also other financial institutions and their clients. As at 3Q 2013, the number of cash handling points reached a total of 10,664. New itineraries were put in place bringing the total number to 181. The Bank provides cash handling services to over 850 customers, of which 33 are banks.

The securities portfolio was RUB 42.2 bln as of 3Q 2013, which is 13.7% larger than at year-end 2012. The portfolio is represented by highly liquid debt securities, the majority of which are on the CBR’s Lombard List.

Starting from year-end 2012 and to date, CREDIT BANK OF MOSCOW has been actively engaged in debt capital markets, placing a number of Eurobond as well as domestic bond issues.

Furthermore, in February 2013, the Bank placed its then all-time biggest $500 mln Eurobond issue. It pays a 7.7% coupon and has a 5-year maturity.

In May 2013, the Bank placed a $500 mln subordinated Tier II Eurobond issue with a 8.7% coupon and 5.5-year maturity. The transaction represented the first subordinated Eurobond issued by a Russian bank following the introduction of the Central Bank of Russia's latest rules on subordinated capital under Regulation No. 395-P dated 28.12.2012 "On the Method of Calculating the Amount, and Assessing the Adequacy of, the Capital of Credit Institutions ("Basel III")".

The Bank's capital as calculated under the Basel Accord increased by 53.0% ytd reaching RUB 68.8 bln and the capital adequacy ratio stood at 18.0%. The Bank's equity was supported by the inclusion of the proceeds from the domestic subordinated bond issue and subordinated Eurobond issue in its Tier II capital, as well as retained earnings.

In 3Q 2013 the Bank strengthened its capital structure by way of placement of its additionally issued registered shares. The issue comprised 1.8 billion ordinary shares of RUB 1 nominal value and was placed through closed subscription. The total investments exceeded RUB 7.5 bln. As reported previously, the issue was purchased by the Bank’s current beneficial owners. The main beneficial owner acquired new shares by way of conversion of subordinated loans previously granted by him to the Bank.

The Bank's infrastructural development. By the end of 3Q 2013, CREDIT BANK OF MOSCOW's branch network comprised 60 offices and 19 operational cash desks in Moscow and the Moscow Region. The Bank had over 700 own ATMs and 4,700 payment terminals. In 2013, CREDIT BANK OF MOSCOW and Alfa-Bank entered into a strategic cooperation on the integrated and combined use of their payment device network for their customers comprising in total over 2,700 ATMs and 5,000 payment terminals all over Russia. The Bank continues to increase its plastic card issuance: by the end of 3Q 2013, their number reached 1,059 thsd cards (vs 858 thsd as of YE 2012).

Ratings. CREDIT BANK OF MOSCOW’s strong positions in the Russian and international markets are confirmed by the leading rating agencies:

A credit rating is not a recommendation to buy, sell or hold securities, and may be subject to revision or withdrawal at any time.

In October 2013, Russian rating agency Expert RA assigned "A++" rating of creditworthiness to the Bank, the highest rating according to Expert RA's rating scale.