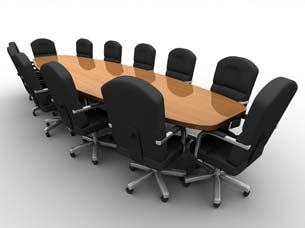 CREDIT BANK OF MOSCOW (CBM) yesterday held an Extraordinary General Meeting of shareholders that re-elected the Bank’s Supervisory Board with the addition of three new members: Thomas Grasse, Bernard Sucher and Brendan Walsh.

CBM has a long-standing commitment to best international standards and practices of corporate governance at all levels, and has had international members on its Supervisory Board since 2008. Seven of the 12 serving Board members have international expertise and professional backgrounds across the financial services sector, thus contributing to the Bank’s future growth and complementing the wealth of experience and knowledge of the Russian operating environment brought by other members.

Thomas Grasse was born in Ludwigshafen am Rhein, Germany, in 1955. In 1977 he earned his Bachelor in Banking from Frankfurt School of Finance and Management. He gained broad experience in commercial and investment banking while working for HypoVereinsbank, Munich (now UniCredit) from 1974-2007 in a number of senior executive managerial positions in Germany, Luxembourg and Poland. From 2007-2009 he served as CFO and COO of UniCredit Market & Investment Banking Poland, based in Warsaw. While at HypoVereinsbank he gained significant experience in Corporate Development and strategic M&A and was responsible for numerous corporate transactions with a focus on financial institutions in Germany, Austria, the UK, Russia and the CIS, as well as managing strategic partnerships and ownership in various investments. His Board experience in Russia includes Banca Intesa Russia, International Moscow Bank (now UniCredit) and a leading Russian packaging company. Since 2009 Mr. Grasse has served on various bank boards in Russia, Central Asia and the EU as an independent director on behalf of international financial institutions and institutional investors.

Thomas Grasse was delegated to the Bank’s Supervisory Board by the European Bank for Reconstruction and Development (EBRD).

Brendan Walsh was born in Glasgow, UK in 1960. In 1981 he graduated from Glasgow University with a BSc in Computer Science.

He started his career in financial services with American Express in 1983 within the audit department, before moving on to take on a series of senior positions within the Company’s finance division, culminating in a role as CFO for Australia, New Zealand and the South Pacific.

Brendan is also an advisor to OFGEM, the UK government regulator of the gas and electricity markets; and a member of the European Payments Council, a Brussels-based decision-making body that focuses on payments within the European banking industry.

Bernard Sucher was born in 1960 in Detroit, Michigan. While studying Russian language and the Soviet Union, he earned a bachelor’s degree in business from the University of Michigan.

In 1993, Bernie moved to Moscow, where he co-founded and helped build the investment bank Troika Dialog. From 2002, Bernie oversaw the restructuring and re-launch of Alfa Capital, one of Russia’s original asset management firms. From 2007 to 2010, he led Merrill Lynch’s profitable re-entry into Russia, becoming Country Head following the firm’s acquisition by Bank of America.